The full version of the article can be downloaded in pdf at: https://craa.cz/wp-content/uploads/2021/09/comparison-of-knots-for-dynamic-strenght-test.pdf

Abstract
The article deals with the comparison of the results of the dynamic performance test according to EN 12841 using the figure eight loop and the bowline.

Interestingly, EN 12841 Personal fall protection equipment – Rope access systems – Rope adjustment device in Subclause 5.6.1.2 for the dynamic strength test specifies the length of the test lanyard, the need for end loops (eyes) at both ends, the maximum permissible loop length (including knot) but does not specify knot to be used. On Figure 5, knots conspicuously resembling figure eight loop are drawn at both ends. But this information is not given anywhere. Even in the Key, the picture simply states “knot”. It is actually up to the examination body (notified body) to decide which knot to use for the tests.

Yeah, but… Although the bowline is tied faster, it is easier to handle (eg when setting the exact length of the test lanyard) and can be easily untied after loading. On the other hand figure eight loop has a higher ability to absorb impact forces. And this can be a major problem. Subclause 4.2.5 sets a maximum braking force Fmax of 6 kN for the dynamic performance test of type A devices (guided type fall arresters) and Subclause 5.6.2.7 requires a measurement accuracy of 0.1 kN.

It may therefore happen that some particular PPE may not pass the test just because of the used knot, while with the other that PPE would pass.

And it was the verification of whether such a thing could really happen was the purpose of the tests. These took place at the beginning of August on the test drop tower of the Rock Empire company.

For the tests was used a new, never-used, dynamic mountaineering single rope, certified according to the EN 892 standard, manufactured by the Czech company Lanex, model Tendon Trust. The manufacturer states the following information in the instruction manual:

Note.:  Subclause 5.6.1.2 ČSN EN 12841 requires to use the sample of a dynamic mountaineering single rope with a nominal diameter of 11 mm. The sample we used had a diameter of 11.4 mm, because we simply did not have another at the moment 😉

The length of the tested lanyard was 100 cm. At both ends, two identical loops were tied, neither of which was longer than 20 cm (knot + loop). The test mass weighted 100 kg. Three tests were performed with each of the knots, each with a new piece of rope. So three tests with figure eight loops and three with bowlines took place.

The knots tested at both ends of the lanyard were a bowline and a figure eight loop. It is necessary to mention that in the case of the figure eight loop it was always the so-called “lower version”, where the standing part of the rope leads through the knot closer to its center and further from the loop, see the orange marking on Fig. 4.

The test mass was raised to the level of the anchor point (the level was verified by a laser) and then drop. With a test lanyard length of 100 cm, the fall distance was 100 cm and the fall factor was 1.

When evaluating the test results, the arithmetic mean was calculated, then the sample standard deviation, and the mean squared error (of the arithmetic mean). To get the result the Student’s distribution with a given value of reliability (for three measurements performed with a choice of 68.3% probability) was 1.32[1].

During none of the six tests with 100 kg test mass was the rope ripped, but on each of the tested ropes, permanent deformations remained at the point where the knots were tied. Based on three tests with a figure eight, it can be stated, that the impact force with figure eight loop is 6.08 ± 0.041 kN, and with the bowline 6.7 ± 0.13 kN.

The fall arrest tests with 100 kg test mass using a figure eight loop and a bowline showed a difference of 0.62 kN. This means that when using a figure eight loop, the impact force is 9.3% lower than when using a bowline (which is required, for example, by EN 354, EN 813 or EN 795). Therefore it is necessary for EN 12841 to clearly define the knot to be used, in order to avoid different test results from different test laboratories.

The article could not have been created without the support of Zbyněk Homola from Rock Empire, who enabled the tests to be carried out in the Rock Empire testing laboratory using all the equipment and who provided test specimens. 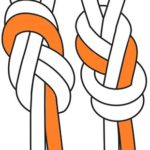 Fig. 4: Lower version of the figure eight loop used in the tests

Fig. 5: Measurement of test specimens. The green arrows in the image show the laser alignment 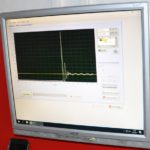 Fig. 7: Display of the waveform and result of one of the performed tests

Fig. 8: One of the tests with the bowline 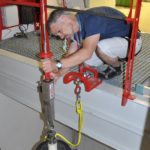 Fig. 9: Zbyněk prepares one of the test samples 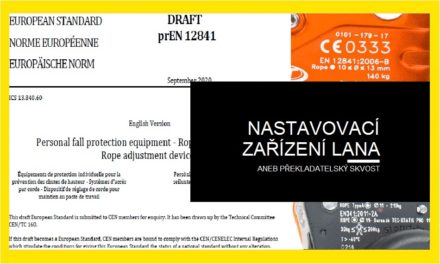