Today’s article deals with a relatively curious accident that occurred around the end of 2019 in the east of the Czech Republic. Five employees from two different employers met at the workplace. Two supervisors (one from each employer) moved away from administrative matters, while the remaining three remained in the workplace.
They checked the equipment, put it on, distributed the ropes and the anchor material between them, and climbed the ladder to the roof anchor the ropes. Everyone prepared his rope and after checking the anchorage (direction of the connectors and securing the anchor slings against slipping) started the first descent. It went smoothly and everyone quickly did the work he had.
At the end of the second descent, one of the participants suddenly shouted and fell to the ground from a height of about three meters. He tried to lift up, but due to the pain in his back and pelvis, he couldn’t, so he lay down, and watching his right hand swelling, he shouted, “I fell down, I fell down.“
Other participant – employee of the other employer (a former firefighter) quickly came to him, disconnected him from the ropes a started providing him first aid. Simultaneously he sent a colleague of the victim for the managers. Once they arrived, he asked his supervisor (also a former firefighter) to call an ambulance, and then they together took down equipment from the injured person and stabilized him until the arrival of the EMS. Subsequently, they assisted the paramedics.
After EMS left, the supervisor of the injured person went back to the office to solve the issues related to the accident, and the others waited for the arrival of the police. While waiting, they tried to figure out reason of the accident. They climbed upstairs and found that the victim’s black anchor slings had ripped. On closer inspection, they realized that these were not anchor slings, but rope protectors.
For completeness’ sake, it is necessary to add that injured were: back, hips, sacral region, including the thoracic and lumbar spine and the right upper limb. The accident required a six-day hospitalization and several months of disability for work.

At the first glance, everything is clear and everyone can immediately make a quick judgment – he can blame himself – what was he thinking. How could he anchor his ropes to rope protectors… But the reality is a bit more complicated.
A certain role in the whole story was played by the fact that employees of two different employers worked at the same workplace and used all the equipment (of both) that was at the workplace that day. Although the equipment was in a fit condition for use (as evidenced by PPE inspection sheets from previous years, as well as an after accident inspection of the used PPE), workers inspected it before use and reported to others what they put “in the field”, it was confused.

Technical standards regulating “anchor slings”, ie EN 354 (Personal fall protection equipment – Lanyards) and EN 795 (Personal fall protection equipment – Anchor devices) regulate strength, but do not deal with their mechanical resistance. It often happens that even after the first use of anchor slings on metal profiles or guided over the edge, there is such a damage of yarns of the anchor sling that it is necessary to put it out of service. A similar consequence (removing from service) has the use of a mechanically resistant sling on the surface, which pollutes it so much that it can no longer be kept in service (either from the point of view of chemical contamination of the sling or just because it is not possible to determine the actual state through the dirt layer).

Some manufacturers solve this by producing double slings, where one strap (inner) is threaded through another, outer strap. If the outer strap is damaged, the inner strap still has sufficient strength (22 kN) for the user to safely complete the work. This is compensated by the higher price. And same as the solution without double slings, it is possible to use it until the outer strap is damaged or polluted. Separated inner strap (or undamaged inner strap with damaged outer) none of manufacturers recommend to keep in service. Which, for user still means that he has to get a new sling.

In the “Middle Ages of rope access” (and some users still use it today), this was solved by threading the sling through a garden hose (those who had access to fire hoses, especially with diameter of 25 mm, used fire hose), which protected the sling against contact with an sharp edges or a polluted surfaces. It was a very effective way to protect the loops, but it had its pitfalls. When the hose was cut lengthwise, the slings slipped out of it, so it was necessary to thread it through. Each inspection of the sling involved removing the sling from the hose and then threading it through the hose again. Likewise, if the sling in the hose has shifted during transport or installation and one of its ends has run into the hose. To thread the sling through the hose it was necessary to use a wire (or string, or a louver cord was often used).

The purpose of this article is not to discuss the possibilities of protection of anchor slings or to prosecute or defend an employee or employer. Its purpose is to point out some small things that can be of great benefit in some aspects and cause serious problems in others. Even the best equipment can not replace the head of the user… 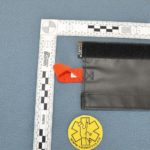 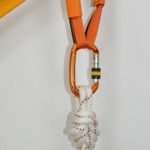 obr. 5 – kotvení lana do smyčky v týřidlu Fig. 5 – anchoring the rope to the sling in the rope protector